Release
Q-Costume ver1.2.0 has been released.

- Asynchronous level has been implemented. When building asynchronously, the CPU is released according to the level.
- A cleanup function for instances with lost owners has been added to CostumeBuilder. (Inspector context menu "Cleanup")
- A combined mesh export function has been added to SkinnedMeshBuilder and MeshBuilder. (Inspector context menu "Export Mesh")
- Includes script references (HTML). 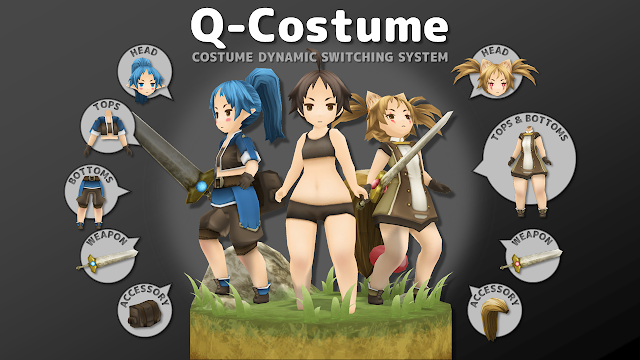